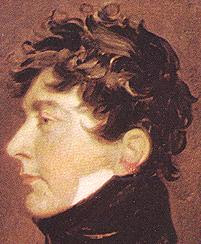 On February 5th, 1811 by Act of Parliament George Augustus Fredrick of the House of Hanover became temporary sovereign of Great Britain. But what is a “Regent” anyway and what kind of person was “Prinnie”?

In Fact the era we all love so well is a product of British Law. George III, had over the stresses of rule, slowly succumbed to his genetics and maladies such as blindness and deafness. His daughter Amelia died suddenly in 1810, sending King George III at the height of his popularity into “madness”.

His eldest son the Prince of Whales was made “Regent” (limited sovereign) while his father’s conditions kept him incapable of rule until his death in 1820. George was a somewhat incapable adult when he became Regent. “Prinnie” as he was known in popular satire, had serious vices equivalent to misbehaving modern pop icons today.

An “Act of Regency” gives power of monarchy, to a close blood relative of the true monarch in times of crisis through Act of Parliament. George would inherit the throne upon his father’s death anyway, thus rendering the more common practice of a parliamentary “Council of Regency” unnecessary, because he was also an adult. This was not the case in his yet to be born relative, Princess Victoria of Kent some 25 years later. The would be Queen Victoria would have to face the possibility of constraints that George would never know, because she was a minor.

The Regency Act also limited the powers of the Regent for a year after establishment. This was a wise decision formed by earlier legislation, especially for this Prince Regent!

George was by all accounts a flamboyant, oafish, cranky, squandering, fashion and food addicted whore-monger. At the time of his Regency he kept mistresses, drank and ate to extreme excess and spent his fortune without thought, including grants of money given to him by Parliament. Even his marriage to Caroline of Brunswick, was to appease his father for a loan of royal debt relief. In his youth he fathered illegitimate children and purchased their Mother’s cooperation and silence. He may have even been a Laudanum fiend. He forbade his wife the eventual Queen, to attend his coronation or come to state functions.

However, during his reign as Regent he began the remodel of Buckingham palace and supported the arts and culture movements in Great Britain. He surrounded himself with men like Beau Brummell, John Nash the celebrated architect, and improved monuments and edifices which continued well into his reign as King.

One of the most revered heroes of the British Empire described him thus:

“the worst man he ever fell in with his whole life, the most selfish, the most false, the most ill-natured, the most entirely without one redeeming quality"

AND in speech upon his death…

“a magnificent patron of the arts ... the most extraordinary compound of talent, wit, buffoonery, obstinacy, and good feeling—in short a medley of the most opposite qualities, with a great preponderance of good—that I ever saw in any character in my life."

Whatever the man was like as a person, his era as Regent and subsequent reign as Monarch in 1820 is one of the most celebrated romantic literary eras. His regency is remembered through the works Austen, Byron, Shelley, and the Napoleonic Wars. The magnificent styles of fashion and the dress we all love.

His Monarchy is seldom remembered as it should be. He is the man that through his own character flaws and vices, failed to produce a legitimate heir. This and the rule of his brother who had similar yet less robust character flaws, William IV, gave the world one of the most memorable sovereigns of all time; Queen Victoria.

So take a moment and raise a glass, coffee cup, shot glass , toilet lid or what have you, to a truly enigmatic and paradoxical whore-monger of a Monarch on February 5th !

Next year is the big 200th anniversary, Let’s celebrate!

God Save The Prince of Whales! (Because he probably bloody well needed it!!!)
Posted by William at 7:35 PM 4 comments: 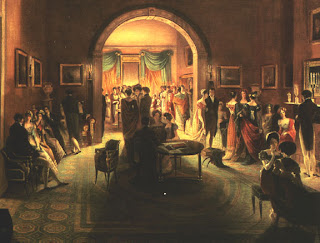 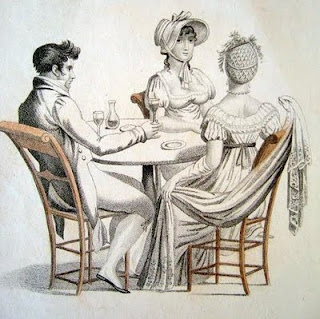